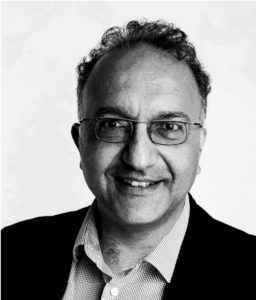 Kamran Rouhi is the principal adviser for London, Southeast, Southwest and East of England.

Kamran’s business and life experiences have taken him to France, Germany, USA, the Middle East, India, and China among other corners of the world, and in recent years, he has developed skills and methodologies for helping companies in the UK and beyond to localise their marketing, packaging, training and other material for overseas markets, especially those countries with ‘complex scripts’ in the Middle East, South Asia and the Far East.

In 2012 Kamran conceived and spearheaded a project to promote British heritage and investment among high net-worth individuals and businesses from emerging countries.

With a Computing & Maths degree, Kamran’s active multilingualism, coupled with an extensive network of overseas contacts and London base, made Kamran a fitting candidate for recruitment into the role of Export Communications Consultant for the London region by UK Trade & Investment (UKTI)- the forerunner of Department for International Trade. He was trained and then registered by UKTI in 2013-14, and up until March 2016 delivered their Export Communication Reviews (ECRs) to almost a 100 companies in London and the Southeast. These enterprises ranged from one-person retail start-ups with a turnover of £10K to household names selling £250M worth of services delivered digitally.

Since April 2016, Kamran has been among the original founders of I-CAN Global, which itself emerged from UKTI’s ECR programme mentioned above. In parallel, he has been running Language Market which is an enterprise dedicated to helping businesses internationalise with language services (including translation and interpreting) as well as software, document & web localisation.

Among his other achievements, Kamran has conceived, helped develop, and internationally marketed a Desktop Publishing & Page Design software package- InPage©, aimed at handling multiple languages which subsequently became the preferred publishing and word-processing tool by millions of users around South Asia and other parts of the world since the mid 1990s.

Our consultants have been delivering Reviews since 1996.  Here below are a few case studies that illustrate the … END_OF_DOCUMENT_TOKEN_TO_BE_REPLACED